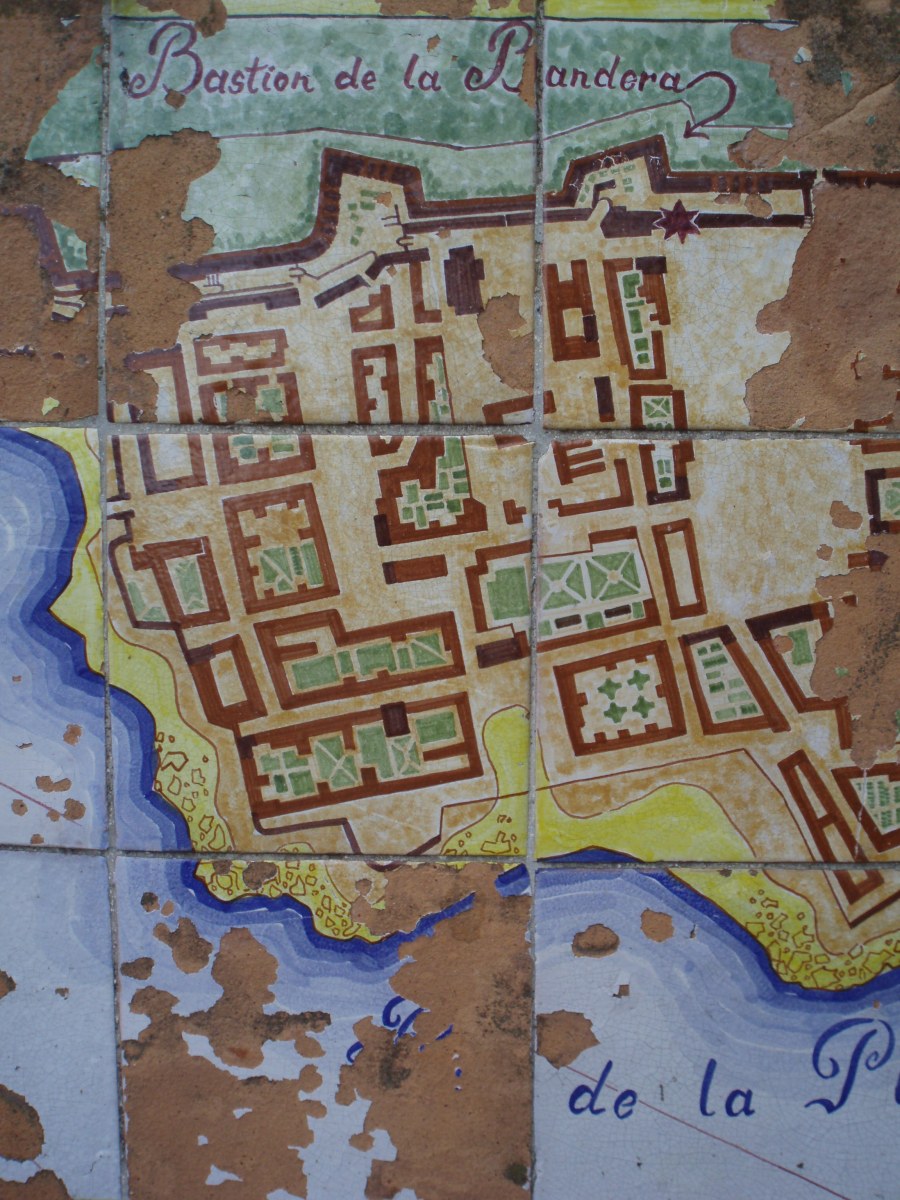 For those travellers spending any significant amount of time in Buenos Aires, Colonia del Sacramento, the tiny historic city on the Uruguayan side of the Río de la Plata, will most likely find its way onto your travel itinerary, whether you like it or not.

most Buenos Aires guidebooks dedicate at least a few pages to the city – one even dares place it at Number 4 on the list of top ten things to do in Buenos Aires, as if the place were simply an extension of Argentina.

The centuries-old port city is the go-to destination for expats and long-term travellers who, glancing casually at a calendar or their passport, suddenly realise that three months of living the good life in BA have flown by and they are facing ‘illegal alien’ status.

At this point, two options remain: spend what could easily become an entire day standing on line at the Immigration Offices in Retiro, watching bureaucrats calmly sip mate as the queue winds out the door and down the block, or hightail it out of the country for a day or two. Understandably, most choose the latter.

What begins as a harmless daytrip across the lazy Río, however, can quickly and unintentionally devolve into a spending spree more costly than just paying the ‘overstayed-your-welcome’ fee; touristy Colonia takes full advantage of its expat-haven reputation and prices reflect that. That being said, we at The Indy hopped on the Buquebus to scope out the Top 5 things to do in Colonia that won’t break the bank.

Stroll Through the Barrio Histórico

Ok, so this one is fairly obvious. ‘Colonia del Sacramento’ must translate from the Spanish as ‘the land time forgot’ because that is certainly how you feel, strolling down the hilly, narrow cobbled streets strewn with all manner of antique cars and crumbling stone foundations. It exudes an atmosphere part pirate’s cove, part Old Havana, and will only cost you the price of the ferry ticket to enjoy.

Upon exiting the city’s modern ferry terminal, head left down Av. Florida, following the now defunct railroad tracks of the Colonia line, and after six blocks you will reach the Portón de campo, an imposing colonial-era gateway leading into the historic district.

Colonia was founded in 1680 by the Portuguese and changed hands so often – first between Spain and Portugal, then between Argentina and the Empire of Brazil – that in 1825 the poor Uruguayans had no choice but to say “¡Basta!” and declare their independence. They have been quietly perfecting the arts of football and asado ever since.

Just about every street corner, palm tree, bougainvillea, and porcelain street sign in the historic district demands to be photographed, though the most popular sites are without doubt the Faro, or lighthouse, the Iglesia Matriz (Uruguay’s oldest church), and the Calle de los Suspiros, or ‘Street of Sighs’. Today it’s not clear if the sighs are those of the awe-struck tourists or the exasperated, eye-rolling locals.

Colonia offers no less than eight museums, seven of which are located within blocks of each other in the historic district. The good news for the budget-minded traveller is that the price of one ticket (UR$50, or about $12 at time of writing) will get you access to all eight.

Tickets must be purchased at the Municipal Museum located just off the Plaza Mayor, and although nearly everywhere in Colonia accepts Argentine pesos, Brazilian reals, and even US dollars, the museums only accept local currency (there is an exchange bureau just across the Plaza, next to the Freddo).

As you will have to get your ticket there anyway, the Municipal Museum is a good

place to start. Its two floors showcase the various periods and cultures of Colonia, including indigenous Charrúa artifacts, a scale model of the city during the colonial period, Portuguese and Spanish clothing and furniture, ancient mammal fossils, and a small, eerie taxidermy room. There’s also the massive skeleton, out in the garden, of a blue whale that washed ashore decades ago.

The Portuguese and Spanish museums are housed in buildings dating from – you guessed it – the eras of Portuguese and Spanish dominion over Colonia. Though small, they offer a glimpse at the lavish lifestyles the Iberian aristocracy attempted to recreate in their New World colonies. The Spanish Museum contains a collection of colourful, abstract paintings by Montevideo-born artist Jorge Paez Vilaró depicting scenes from the city’s turbulent history, that is particularly worth checking out.

Uruguayans are just as beef-crazy as their Argentine neighbours, if not more so, and it becomes quickly apparent while meandering Colonia’s streets that here, something called ‘chivito’ reigns supreme.

Although chivito translates as ‘little goat’, this local favourite is actually made

with thin slices of filet mignon, much like the Argentine lomito. According to legend, a Uruguayan chef, lacking mutton, served the thin cut of beef disguised with a blend of spices on a sandwich to an unsuspecting, goat-craving Argentine patron. The name stuck, and now chivito is consumed throughout Uruguay either as a simple sandwich or on a bed of French fries piled high with ham, mozzarella, bacon, and a fried egg.

Nearly every restaurant in the historic district and lining the city’s central Av. General Flores offers variations of the towering, artery-thickening meat dish, and for the most part prices hover around UR$230 (about AR$56). The closer the restaurant is to the water, the pricier the chivito.

We recommend trekking ever-so-slightly off the tourist path, down a side street or towards the Plaza 25 de Agosto (east, away from the historic district); there you will find numerous fire-engine red food stands dishing out the good stuff for half the price. Pull up a chair with the locals or get a sandwich to go, and head down to the water for a much more affordable seaside meal.

After sightseeing and eating, buying souvenirs is the top activity Colonia offers its visitors. Every idyllic corner that isn’t occupied by a quaint yet overpriced restaurant is home to a gift shop offering ceramics, t-shirts, postcards, model ships, tiny reproductions of the city’s porcelain street signs, and Uruguay-themed mate gourds called ‘porongos’ (big, heavy and leatherbound – like the Hummer of mate gourds to Argentina’s little Fiats).

Any of these make nice gifts or souvenirs, but as with the restaurants, you pay more in the historic district, and the bigger stores on Av. General Flores aren’t much better.

Instead, head north to the corner of Calles Dr. Daniel Fosalba and Lavalleja, where the city’s artisanal fair is held daily from 10am to 7pm. Many of the stands offer products similar to those found in the gift shops (although admittedly of dubious quality, in some cases), at much more affordable prices. Mates, football scarves and jerseys, wind chimes, candombe drums, postcards, thermoses, leather goods, sweets, knit sweaters, and much more are all available here.

While it certainly doesn’t rival the more famous beaches of Montevideo and Punta del Este, the sandy stretch of Colonia’s Rambla Costanera, about a 15-minutes’ walk from the historic district, offers a relaxing escape from the snap-happy crowds and is a pleasant place to pass the time while waiting for the ferry home.

Walking north along the Rambla Cristóbal Colón, with the Río de la Plata to the left and residential neighbourhoods to the right, you feel as if you are leaving the overdone quaintness of the historic district and entering the living, breathing Colonia. Locals zip past on mopeds, while down on the beach families fish, play football, build sandcastles, and picnic.

Settle down amidst the palms and bizarre coral formations dotting the beach, break in that new (reasonably priced!) mate gourd, and watch the yachts docking in the distance. Following the Rambla Cristóbal Colón back the way you came (it eventually becomes Calle Alberto Mendez) will take you directly to the ferry terminal, and from there to the open arms (for another 90 days, at least) of chaotic Buenos Aires.